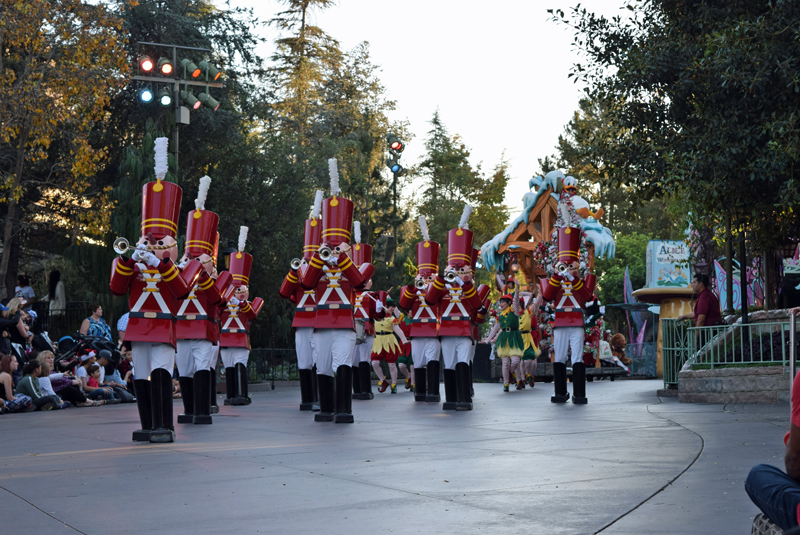 Shortly after Disneyland opened in the summer of 1955, Walt Disney announced to his accountants that he wanted to include a daily, Christmas parade at the theme park during the holiday season. His vision, though, was of a $350,000 extravaganza.

The “bean counters” as Walt called them…said “Why spend good money on a Christmas parade? It won’t draw people, they’ll already be there. It’s an expense we can do without. No one will complain if there is no parade because nobody’s expecting it.”

To which Walt replied, “That’s just the point. We should have the parade precisely because no one’s expecting it. As long as we keep surprising the guests, they’ll keep coming back. If they ever stop coming back, it will cost us 10 times more to persuade them to return.”

That parade could well be the first step in establishing the Disney theme park’s unparalleled reputation for delivering unexpected magic to their guests.

Look at what has happened to that parade today. It’s not only televised nationally on Christmas morning, but thousands of guests of every age group wait for hours everyday along Main Street USA just to take in the 20-minute spectacle.

Disney parades have become just as much of a recognizable feature of the Disney brand as the most popular Disney characters.

Just like Walt’s accountants, you’re right to believe that your customers will say nothing if you don’t deliver something they’re not expecting. But what fun is that and how fast will your business grow if nobody is talking about it?

Make sure you are surprising your customers.  Give them something of significant value they weren’t expecting.  Add a feature that will make them say “Wow!” or “I had no idea I would get this awesome thing, too!”

Imagine how quickly your customers will share the story of how happy you made them by exceeding their expectations in the most unexpected way. These moments of unexpected magic are why Disney theme parks celebrate an 80% return guest ratio.They’re also the reason millions of new guests want to experience the magic for themselves.

To be a unique and relevant brand in today’s competitive marketplace, delivering more than what is expected distinguishes your brand from your competition. Those unanticipated experiences will become the centerpiece of conversation between your customers and their family and friends—who will want to enjoy the experience themselves.

Disneyland is a powerful business that has been perfecting its art for delivering exceptional guest experiences for over 60 years. Look to the reasons behind Disney’s success and your business could also enjoy the reputation of delivering unexpected magic.

Please share the unexpected magic you deliver to your customers in the comments below.