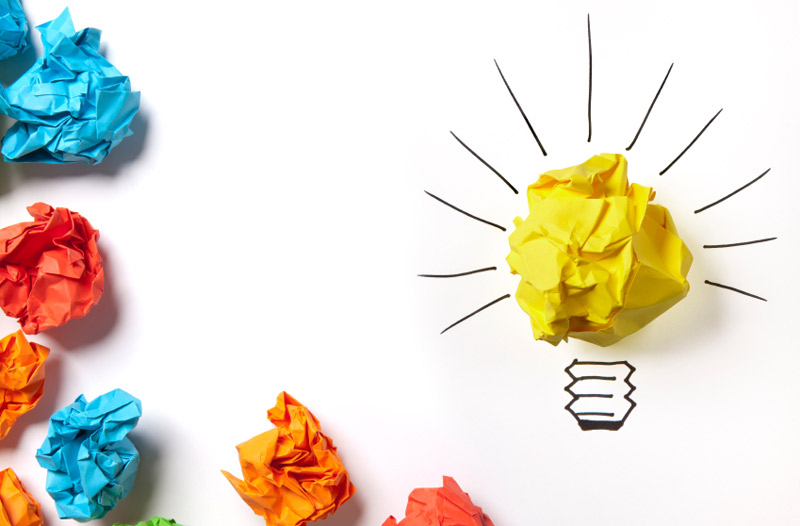 “Creative processes must not end when business processes begin; the two are interdependent.”

That quote from the Disney Institute is one of my favorites because it is a reminder that every successful business has embraced the imaginative spirit in some capacity to achieve greatness.

Apple is perhaps the most notable example. Steve Jobs didn’t get bogged down with settling on the status quo. He didn’t let the public’s opinion, what they may have thought they wanted or needed, sway the trajectory of his company.

“It’s really hard to design products by focus groups. A lot of times, people don’t know what they want until you show it to them.”

Those words simply validated his belief that delivering innovative products developed through creative thinking would trump whatever the consumer thought they wanted. It was a risk that turned out to be absolutely correct.

But, Steve Jobs is just one example of how creativity plays into building iconic businesses.

There’s similar examples like Howard Shultz (Starbucks), Jeff Bezos (Amazon), Tony Hsieh (Zappos), Richard Branson (Virgin), Bob Iger (Disney) and the list goes on and on. These business giants also know that creativity is vital to gaining an edge by doing something nobody else is doing.

And the best way to gain an edge, of course, is to come up with an idea that nobody else has thought of or to improve upon ideas that have come before.

I’ve seen very talented entrepreneurs come up with some pretty amazing, original ideas that have set them apart from their competition. But then, other not so creative entrepreneurs get a hold of those ideas and suddenly, what was once fresh and exciting is now stale and commonplace.

Even in industries and professions where creativity should flourish, many business owners allow their creative spirit to be driven by outside forces rather than internally.

One of our greatest challenges is that we stall out after the idea creation stage of creativity.

According to Linda Neiman, founder of Creativity at Work,

“If you have ideas and don’t act on them, then you are imaginative but not creative.” 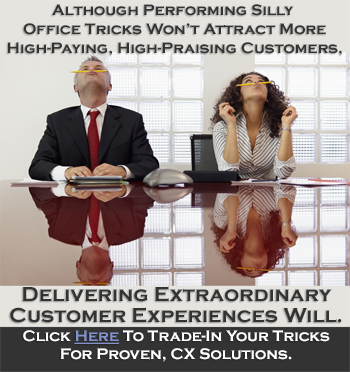 What makes some people appear to be more creative than others? Is being creative a skill or a talent? Is it hereditary or is it influenced in other ways? And, if we are in fact born with it, is our creativity lost somewhere along the journey from childhood to adulthood?

For myself, I believe that my creative spirit was influenced by my father’s insistence that my sisters and I learn how to play a musical instrument at a very early age. That creative connection of skill and music, and eventually music to theater, and later theater to performance have probably served as the greatest reason I eventually found my way to the stage as a speaker.

Even so, creativity is not controlled by an “easy button.” That can be frustrating at times.

What are the obstacles, mentally or imaginary, that keep any of us from achieving our full creative potential?

To begin the journey to discover the advent of creativity, it’s important to know exactly what creativity is.

If you do a Google search you’ll find a gazillion (I’m not exaggerating) definitions of creativity.  After reading through them all, I’ve found one from an unknown source to be the most descriptive.

“Creativity is the state or quality of being creative. The ability to transcend traditional ideas and to create meaningful new ideas.”

That sounds simple enough, right? But…

A 2012 Adobe study on creativity indicates that “8 in 10 people feel that unlocking creativity is critical to economic growth and nearly two-thirds of respondents feel creativity is valuable to society, yet a striking minority –

– only 1 in 4 people – believe they are living up to their own creative potential.”

The study also “reveals a workplace creativity gap, where 75% of respondents said they are under growing pressure to be productive rather than creative, despite the fact that they are increasingly expected to think creatively on the job.”

“Across all of the countries surveyed, people said they spend only 25% of their time at work creating.”

We invest so much time in getting new business and to taking care of the business we already that we can feel overwhelmed—as though we barely have enough time to do what we have to do to stay in business let alone devoting time to create something new.

But, the lessons learned from the forward thinking and innovative companies mentioned in this article should provide more than enough motivation for you to find the time.

“There is no doubt that creativity is the most important human resource of all. Without creativity, there would be no progress, and we would be forever repeating the same patterns.” — Edward de Bono

Earlier I wrote how we tend to take new and fresh ideas and quickly wear them out with an abundance of exposure. That doesn’t mean that every idea is 100% devoid of prior, creative influence.

“Being authentic and original does not mean creating something out of thin air. All art, whether it is literature, painting, music or dance, is informed by what has gone before. Great art, however, brings something new to the enterprise.”

Much like an improviser saying “Yes, and…,” true artists (regardless of the art form they practice) take “old” ideas and build on them to create new ideas and ventures that will truly make the works their own. These words remind me of what I heard one of my mentors say early in my career, “Don’t copy what I do. Take my ideas and make them your own.”

“Originality comes from making connections. Seeing patterns where others see chaos. Taking old ideas and elevating them to new perspectives. It’s a remix. A fresh pair of eyes.”

This is a short piece that explores the concept of originality.

According to creativity experts, you can learn to be creative by experimenting, exploring, defying the status quo, using your imagination and taking risks. Learning to be creative is similar to learning a sport (or musical instrument). It requires practice to develop the right muscles, and a supportive environment in which to flourish.

It begins with “collaboration,” either with others where every idea is allowed to flourish and to survive based on its merit or within an environment of inspiration where “old” ideas are prime for rejuvenation.

The second step is “creation” where action is taken to mold, manipulate and transform the collaborative ideas into operational possibilities.

And the third and final step in the process to becoming more creative is “connection.” No amount of creativity endures if it doesn’t connect with its intended audience.

More to come on Creativity in future posts..

How do you pull creativity thinking into your business? Please share your thoughts below!

Want to talk about how your business can be more creative? Let’s chat today.